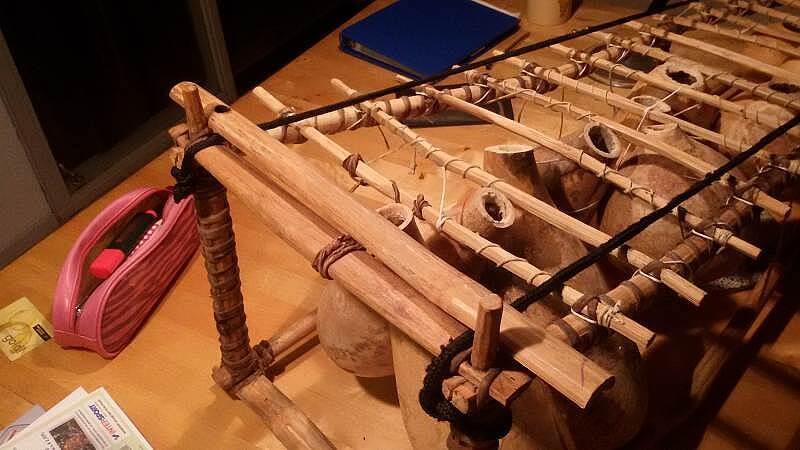 Posted at 18:17h in Repair & Maintenance by Paul Nas 0 Comments

For one of my students in the Betuwe class I have taken a good care of her balafon. A support beam had been broken in the frame. In addition, there were many noises and some gourds were actually too long and hit the ground and then pressed against a sound bar. All in all, enough reason for repair and restoration! During the work I had discussions with Marlies about how far I could go with the approach. She chose to give me a free hand and let the costs be determined. On the picture you see that by placing a second crossbar I have raised the frame on the outside. This made it possible to confirm the sound bars in a different way; instead of binding the sound bars to the frame one by one, I was now able to ‘float’ a mat of sound bars and those stretched above the frame. The mat is stretched on the outside of the frame.