An old balafon - Blog - Paul Nas, The Balafon is my Passion
18568
post-template-default,single,single-post,postid-18568,single-format-standard,bridge-core-3.0.6,qode-page-transition-enabled,ajax_fade,page_not_loaded,,qode-title-hidden,qode-theme-ver-29.3,qode-theme-bridge,disabled_footer_bottom,qode_header_in_grid,qode-wpml-enabled,wpb-js-composer js-comp-ver-6.10.0,vc_responsive 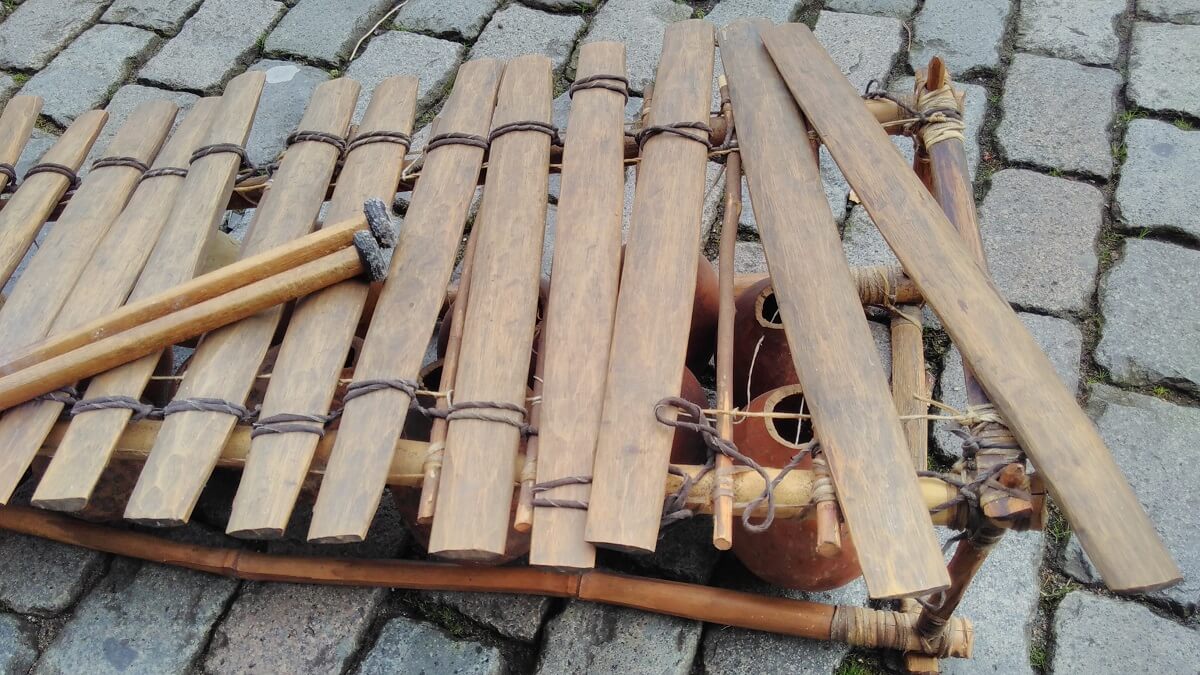 Posted at 16:15h in Repair & Maintenance by Paul Nas 0 Comments

Jan (participant in Tuka-Tuka workshop recently) asked me if it was a good idea to renovate an old balafon, which he had received from his neighbor, into a useful instrument. We have arranged at my home; he would bring the balafon. When he arrived, he even had two! The neighbor had another small balafon (looked like a Gyll from Ghana) that the neighbor also had and wanted to keep using herself. However, it had two tones that were almost the same. First I looked at it and measured with ‘tuner-Pitched’ app on phone; a pentatonic series that is reasonably tuned, with one bar that falls out of the tone. After considering some options, even without removing the bars, one or two sides of the sound bar in question could be removed by a maximum of half a centimeter to bring the bar to mood. Jan would try that.

His ‘own’ old balafon was worse off. Pentatonic, but halfway through three sound bars that can also be heard earlier; a balafon with a melodic nod. The wood does not resemble the normally used rosewood wood; far too bright! Furthermore, many sound bars were loose and the rope seemed not really suitable (but with a lot of stretch). If I were Jan I would at most recover it as a decorative balafon! Use neat new rope and fasten the sound bars again. Loosen the gourds from the string cord they are now all attached to, clean and provide each with their own strings with which you can fasten them firmly and in place. Jan would take it all into consideration asking himself whether to make an effort into try to repair an old balafon to a useful instrument.. Later he said: “Thank you for your nice and expert explanation of this beautiful original instrument”.