Posted at 10:30h in Repair & Maintenance by Paul Nas 0 Comments

A balafon player from Nordhorn (Germany) gave me her balafon whose rope was broken. According to my teacher Youssouf Keita he is built by his brother Seydou from Ivory Coast. It concerns a specimen with a so-called ‘hanging mat of sound bars’. If the rope is broken, it will come loose the whole thing; patchwork (elastic and plasters) does not really help ….. I have chosen a nice sturdy cord and made the new mat. While the balafon was ‘open’ it was also noticed that something could be improved on the fine tuning of the gourds in two places. Equally addressed. With a good week she had her instrument back home and ready for a performance with her friends from Twente. 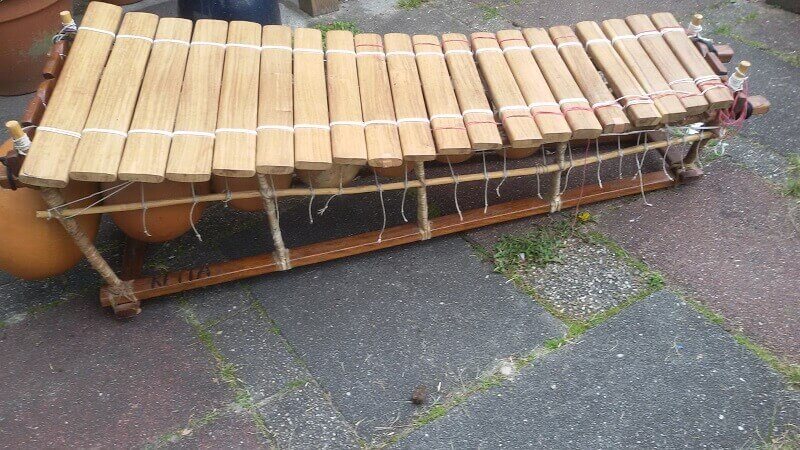 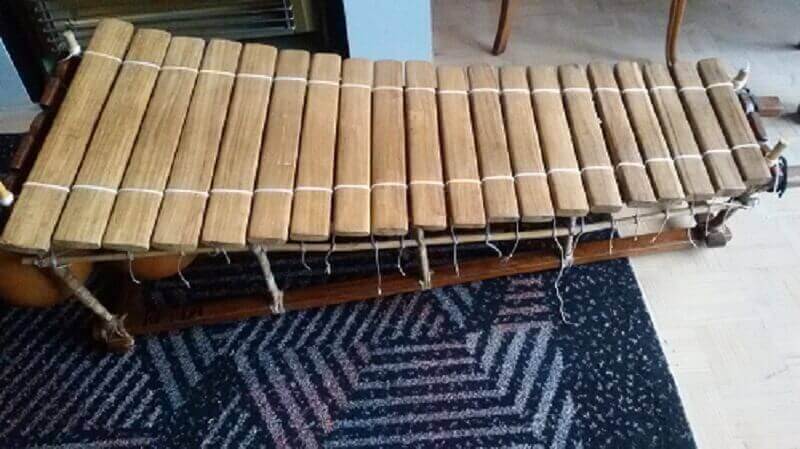