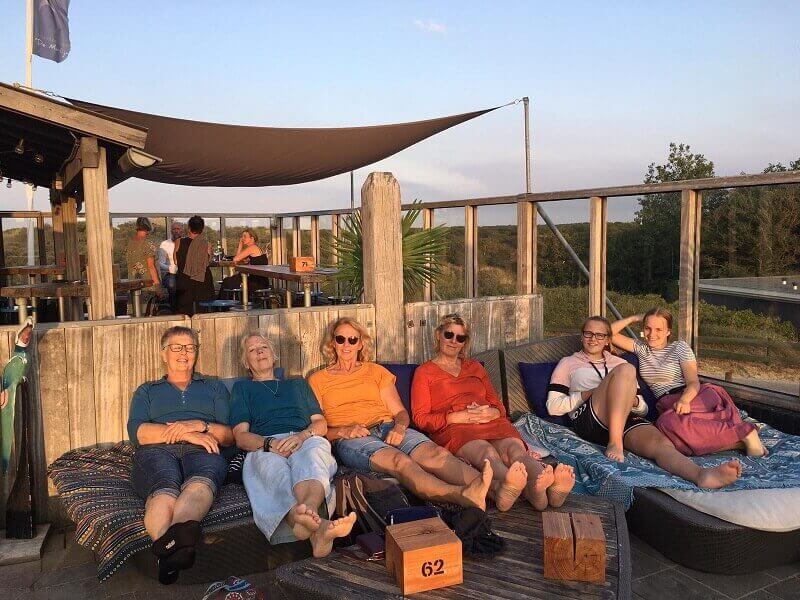 What a wonderful weekend behind us at Djembé Dramé on Schiermonnikoog 2019! A long weekend of music, workshops performances and fine people together with a common passion for African Percussion and Dance. Delicious African meals, an enthusiastic team of volunteers and of course Mousse and Turid as the fine hosts; the driving forces behind the weekend.

At various times over the weekend, the teachers made several appearances. For me, the balafon players Haruna and Sidiki Dembele and Oumarou ‘Mandela’ Bambara were of course the most interesting but also Ibou N’Diaye (Sabar, Serouba), Iya Sako (Djembé), Abdoul Aziz Kob (Kora), Merlin Nyakam (Singing/Dancing) and Mousse Dramé showed off beautiful sounds and rhythms at various times. I myself also contributed several times, and when the larger group of participants arrived on Friday afternoon, I gave a welcome concert with the people of Negunya with balafons, singing and percussion.

There were two teaching groups of balafon; one for the 10 enthusiasts from a whole weekend of balafon study n for one for those who wanted to take a 3-hour workshop in addition to Djembé or Kora (an extra 13 people!). Worked with the group of 10 on Diarra Allay, with a snappy accompaniment pattern supplemented by a short melody line, a song and some solo accompaniment phrases. The Diarra Allay paginga can be found here. With all the participants together (23 people), I worked on “Den Wolo Ka Guele” or; “The woman is the most important thing in the world!” The Participants learnt a basic pattern, the melody line, a solo accompaniment pattern and eel song in a 3-hour workshop! More information on this balafon piece can be seen here.

I myself had arrived on Schiermonnikoog earlier with the people from the balafon lesson group Uithoorn (with supporters). So before the weekend itself broke loose, we still had time to acclimatise, have a nice swim in the sea and explore the island. Two ‘Safari tents’ had been rented, providing a nice base. There were nice picnic tables next to them, as well as lovely lounche chairs (and blankets against the evening chill). We cooked and ate together, experienced the flying out of a Swallow’s nest and enjoyed the bucket of fresh figs Anno had brought! 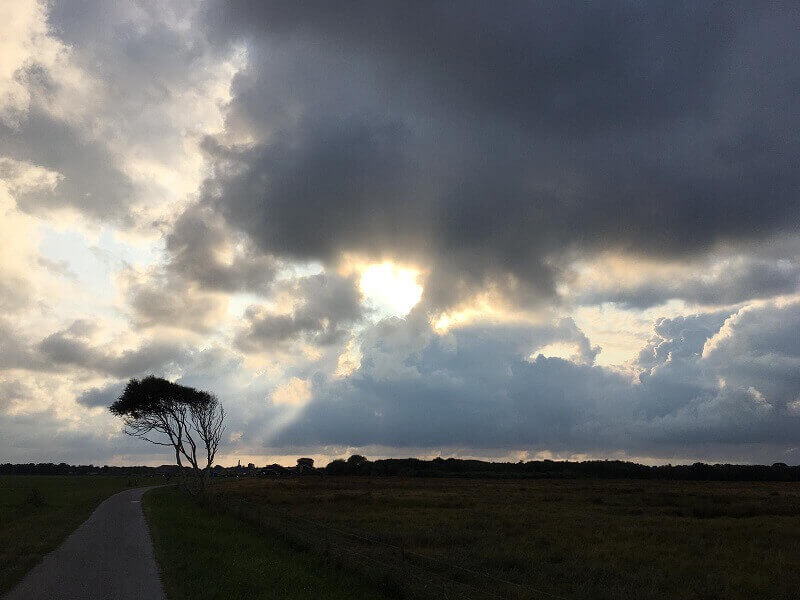 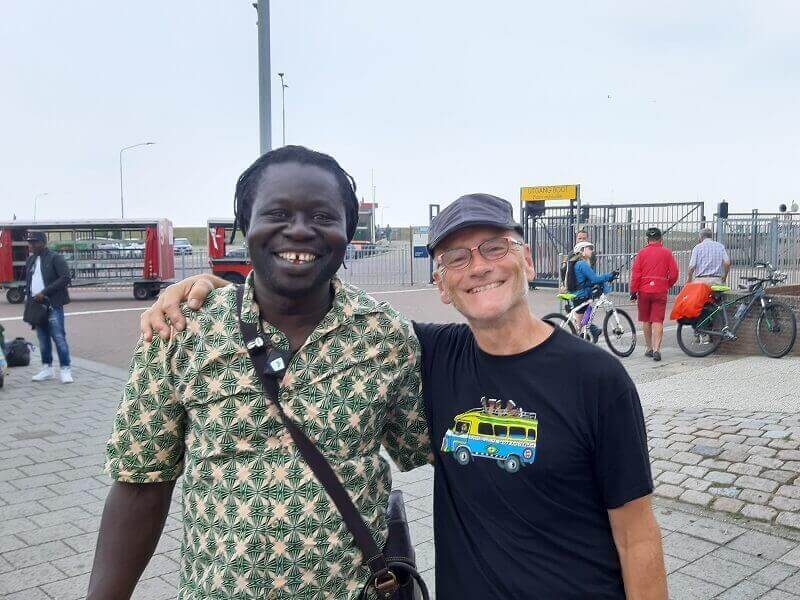 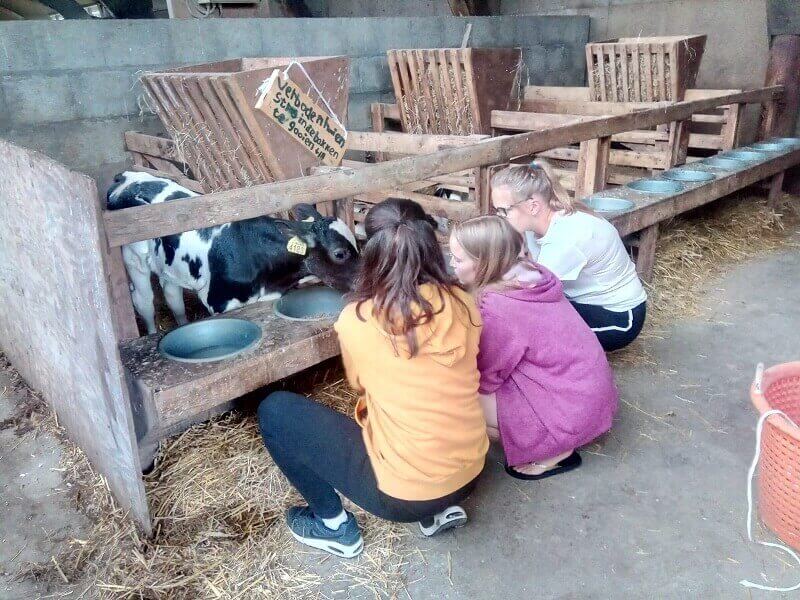 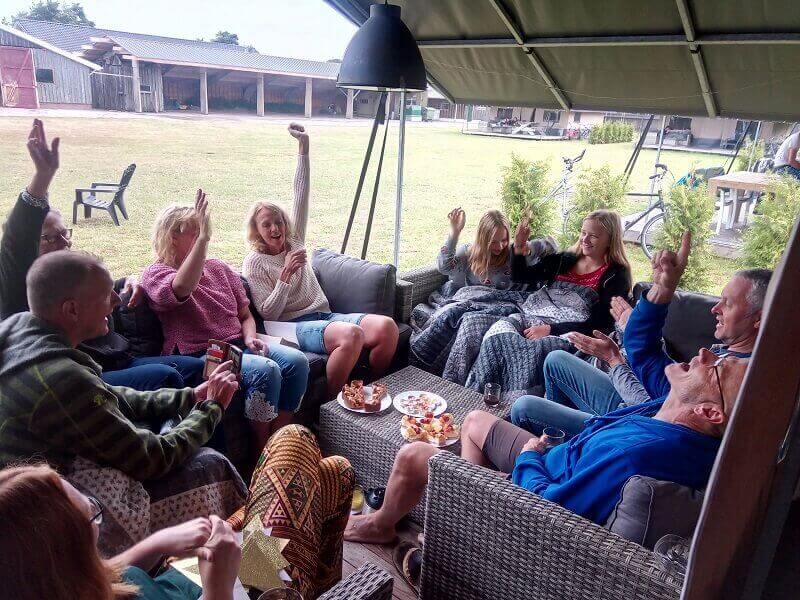 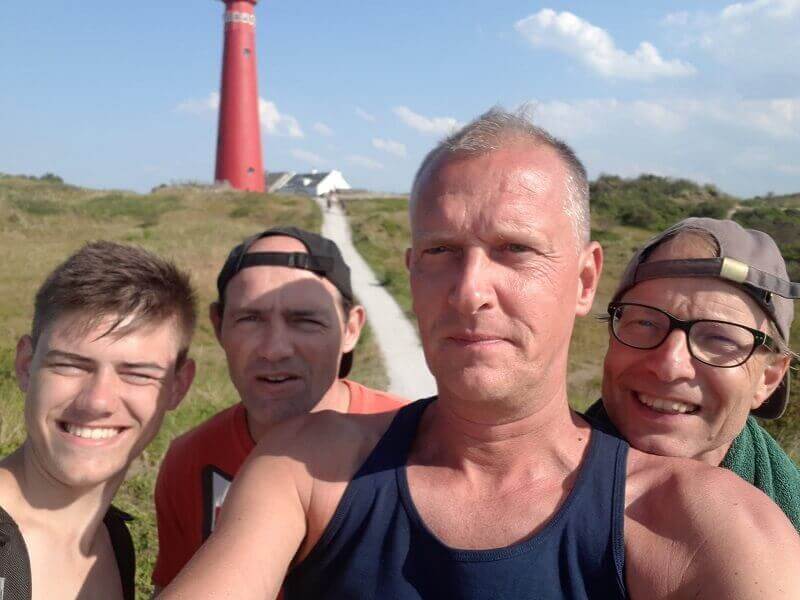 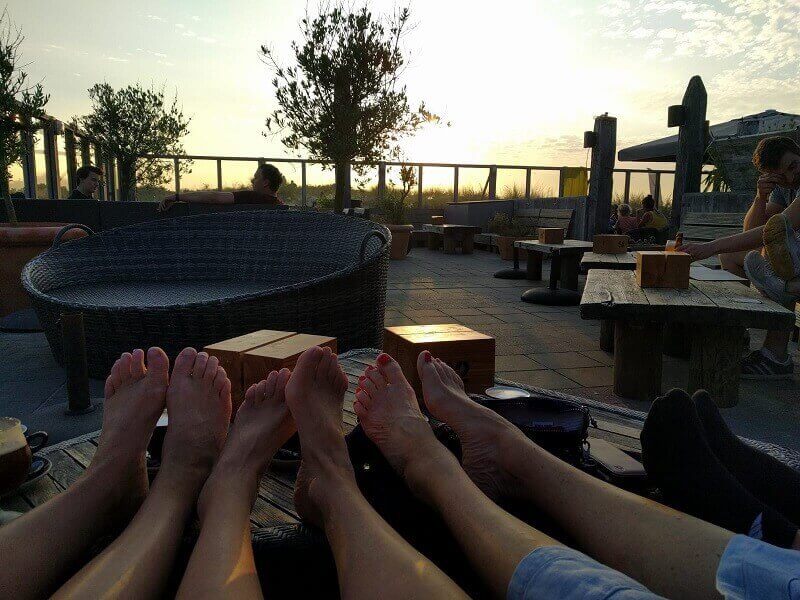 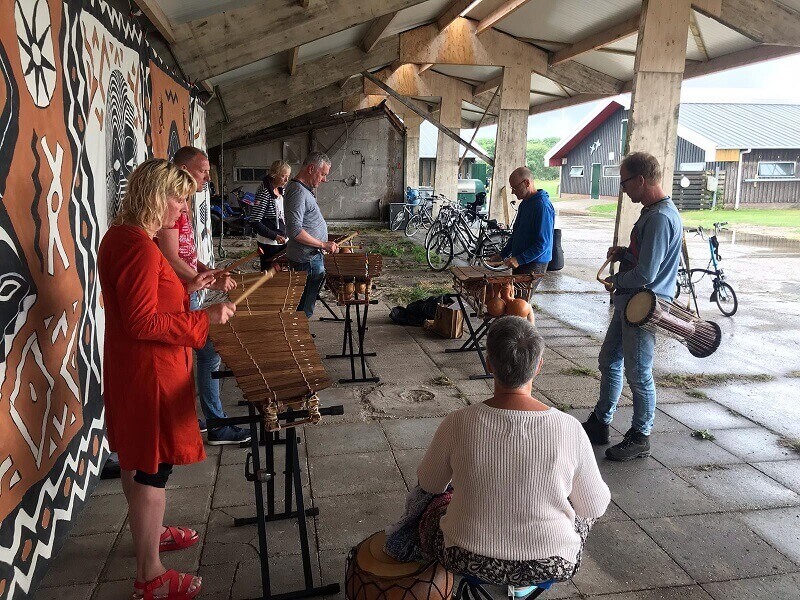 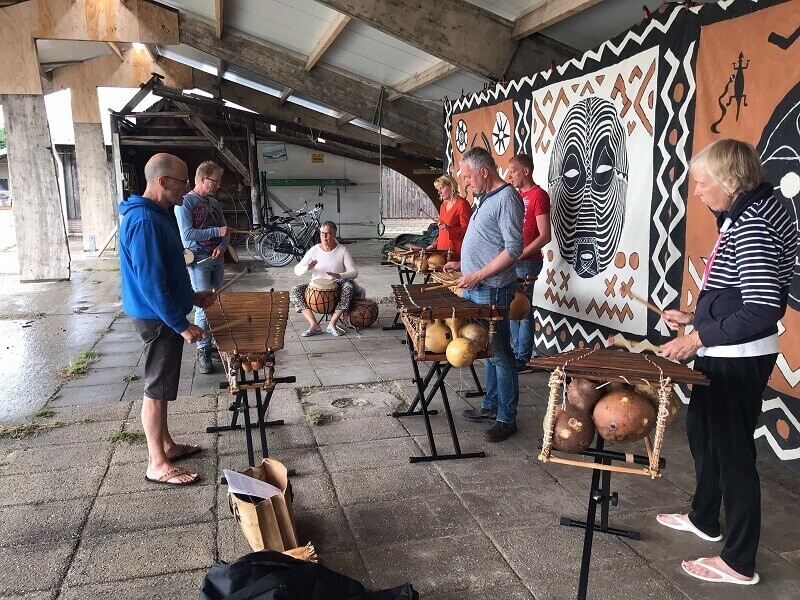 On Sunday evening, all groups showed to each other and interested audiences on the island, what they have been working on. The two groups of balafon also presented themselves beautifully. At the end, the teachers made sure the balafon piece “Fantanmankene” was brought to a splashing conclusion, with strong percussion. Afterwards we had a good dance, first in the village hall for a while, but later, at home at our camping farm, like every night, we were still swinging with DJ Joep! Below is a video with a short image of the balafon performance during the closing of Schiermonnikoog 2019.

Brief impression of the presentation of one of the balafon groups