Now for the second year in a row, I organised a workshop Campingweekend Leeuwarden 2021. Just like last year, around 20 participants turned up. Mainly students but also some people who had got wind of this weekend via via and wanted to join. At campsite ‘De Kleine Wielen’ we had our own little field where we could gather. There were also cottages where a few sought a good bed and could thus participate in the workshop well rested.

On Friday, we gathered at the campsite during the day. Everyone had brought something to share with the others at the evening meal. Such a so-called ‘Pot-Luck‘ usually provides more than enough (and more) for all present. After dinner, a number of instruments were already set out in the grass to jam with Balafon’s, N’Goni’s, percussion and singing. 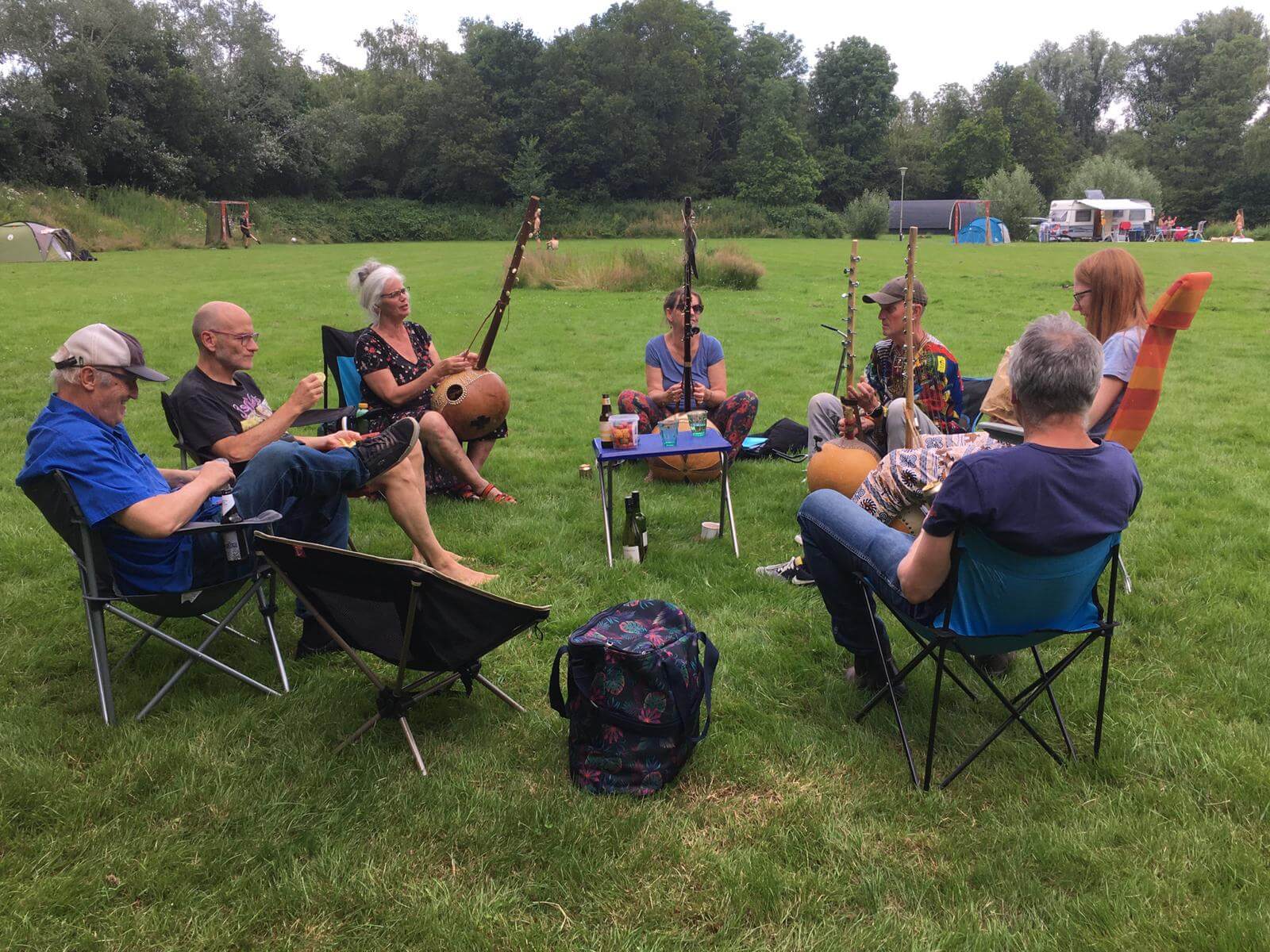 On Saturday, we started the workshop in Village community centre ‘Y’n Mande‘ in Tytjerk. That is close to our campsite in Leeuwarden. We were hospitably welcomed with coffee and tea by Hendrika Wetzinga, the manager of the community centre. After making a nice circle of balafons and two N’Goni’s, we could start the workshop. From Haruna Dembele, I once learned the song ‘Djeneba Ouattara‘. In preparing for this weekend, I had found out that the song lends itself well to such a workshop. I revisited it, made some adjustments to the notation and prepared a page on my website. With that, everyone could also study the rhythm afterwards and pick up what we did during the weekend.

The second song we started working on was a song I had once discovered my love for the balafon with: Samba Mousso Ko, song by Farafina from their Album ‘Bolemakoté‘. That really turned out to be a golden ticket. The song was enthusiastically received and played with great pleasure. Finally, we also paid attention to the song ‘Denwolo Ka Guele Dunanya’, a tribute to all women. 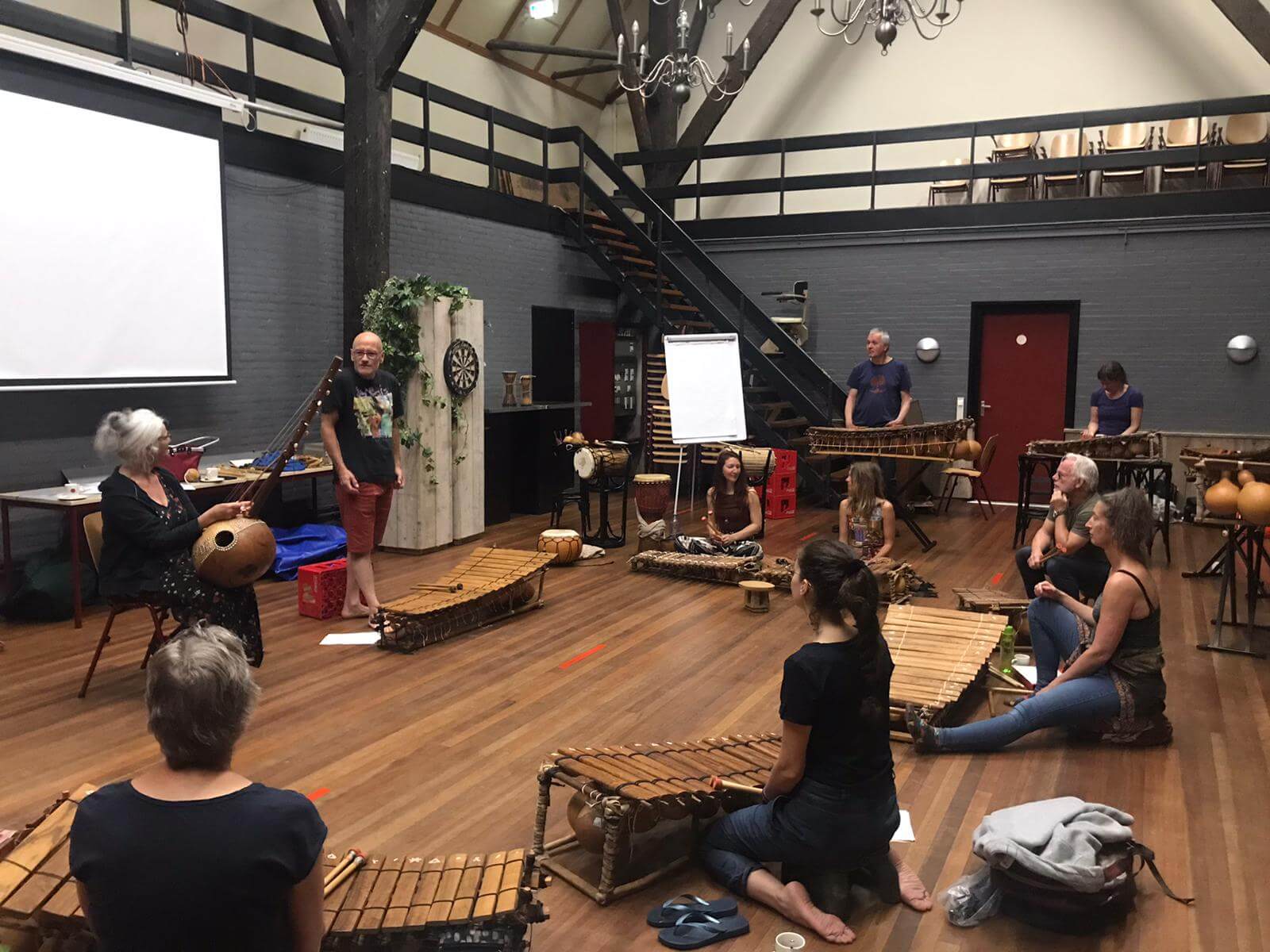 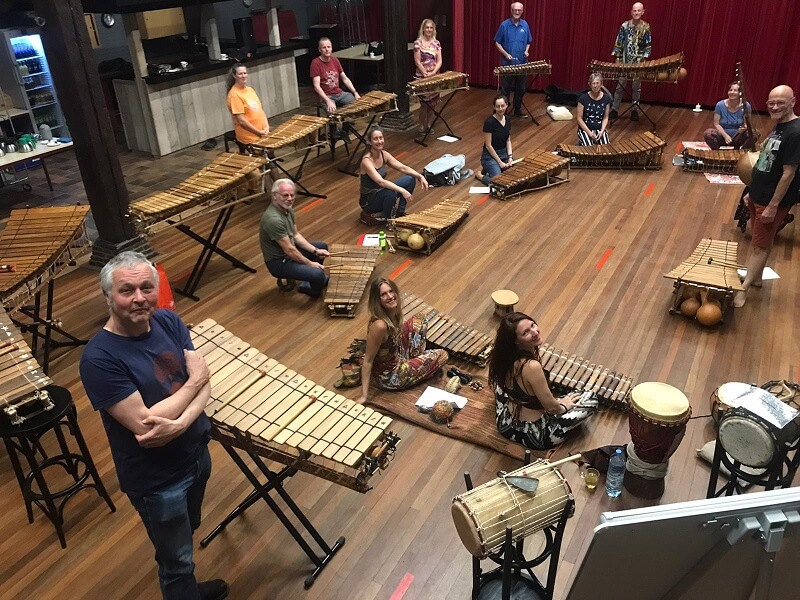 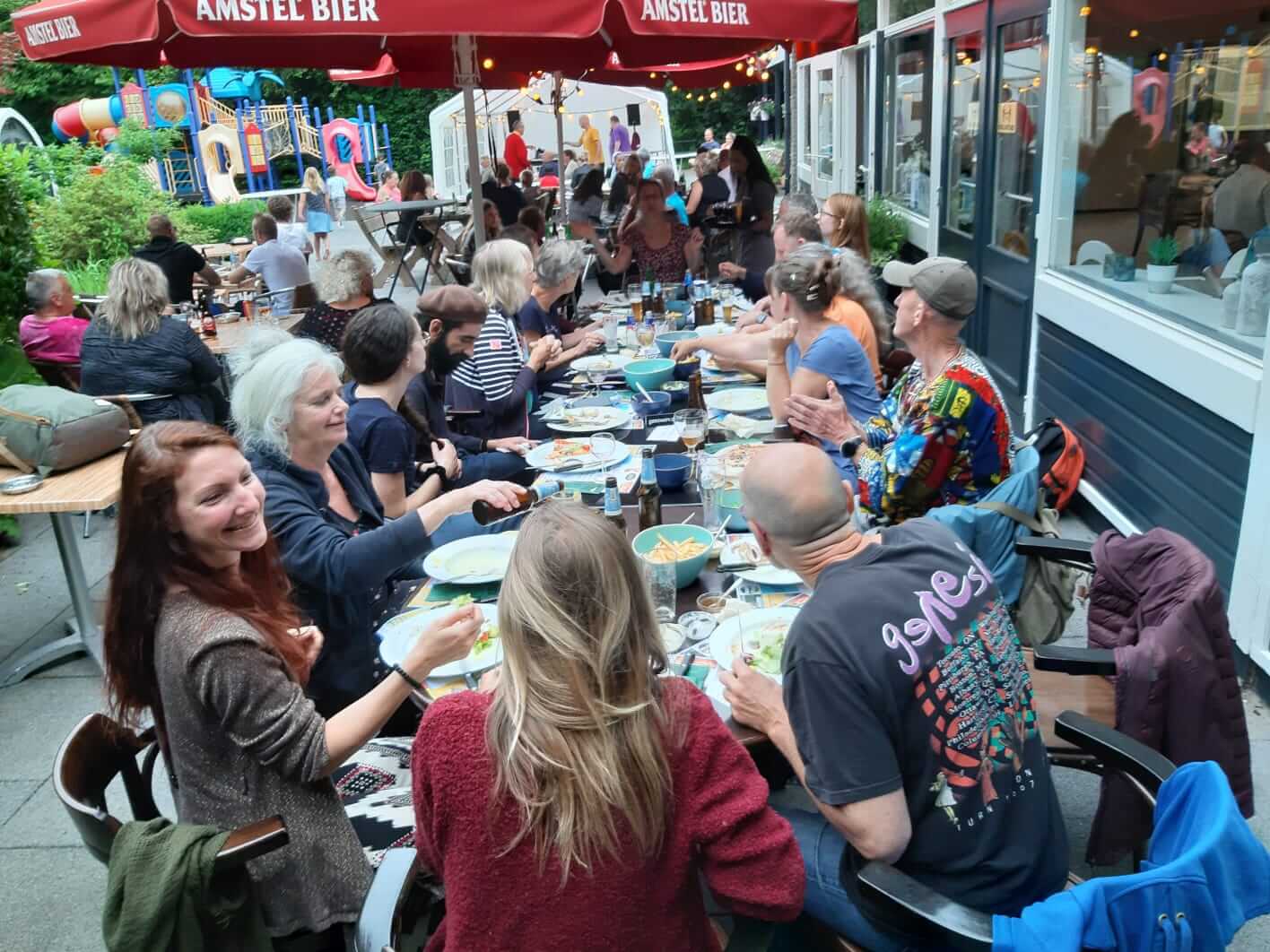 Saturday evening we ate at the campsite’s little restaurant; last year it was really tasty, but this year a bit more limited unfortunately. Afterwards we danced to the music of the campsite’s evening programme. Two days of good work and in the course of Sunday we were able to play a (small) arrangement of all songs.