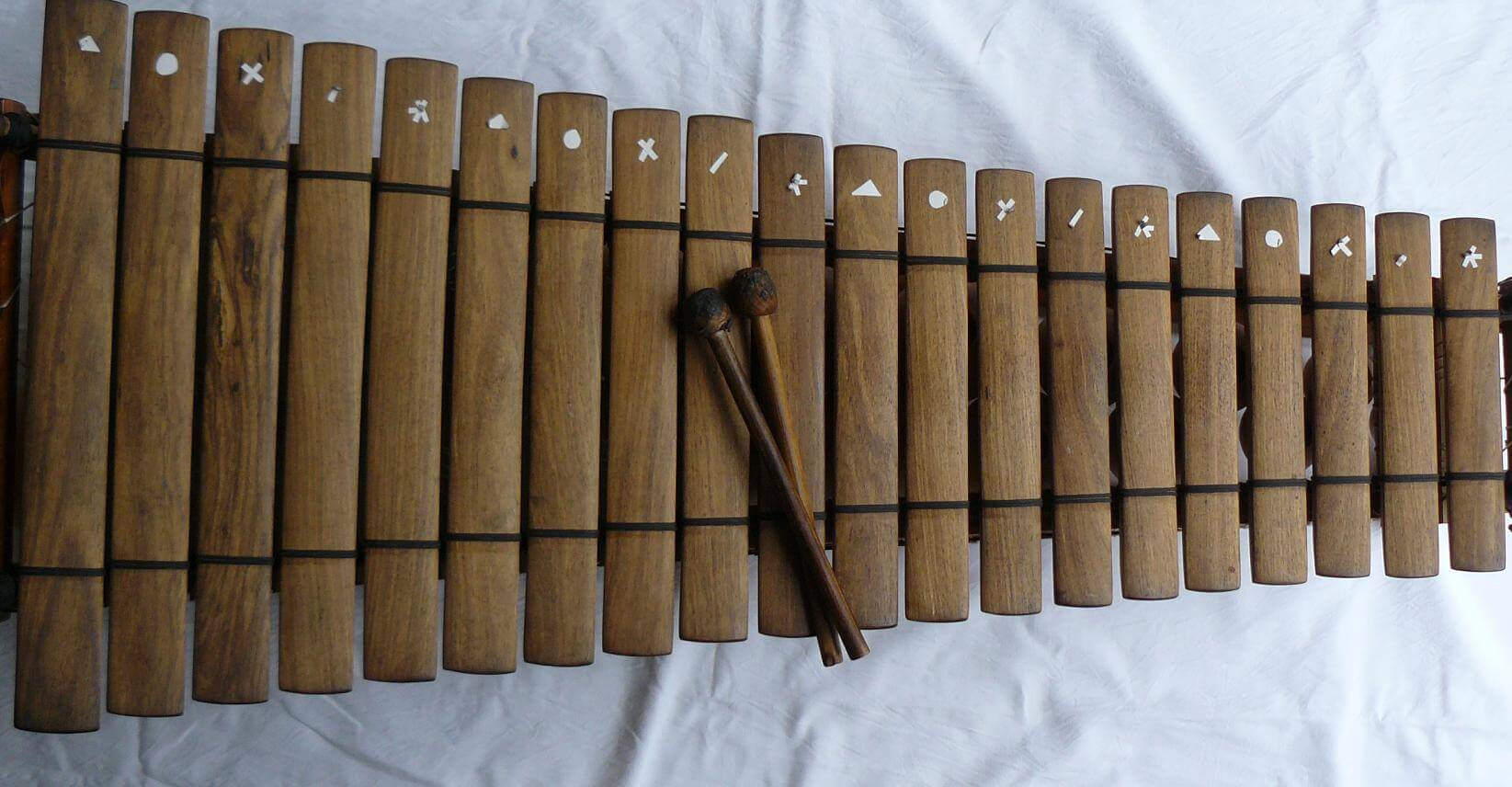 K Kodanya is a song that is sung by women and children in the Wassolon region of Mali and Guinea. The origin may lie with the Senoufo (Ivory Coast / Mali / Burkina Faso). Paul learned it from a group of women during the IDON trip through Mali in 2007 in the village of Kolina during the hunting festivities.

During the workshop: we practice pattern A, Youssouf improvises to beautiful solo accompaniment patterns ….

According to Oumou Mariko, the meaning of the song is that even without children, you can still be happy, and (the couple) can love each other very much. (ba = woman, fa = man).
During the workshop of 2017 in Bobo Dioulasso, Youssouf Keita created accompaniment patterns at my request and adjusted the melody line a bit. His view on the meaning: The Malinke meaning of the words in the song Kodanya is literally: a woman who has no back to carry a child. It is a metaphor for not being able to have children. In Africa, many (young) women who do not (yet) have a child themselves lend their backs to occasionally carry babies of other women. “All babies have a back on which they are carried.” Wolo bèrè mousso means that every woman has a back for the baby she carries in her stomach. The back, the back is always there to wear. Among the Malinke women, her concerns and the concerns of the family are celebrated during the collective activities (to fetch water, stomp grain, grind flour or look for wood in the bush), but also during festive activities in the moonlight. This kind of conveys the feeling of the song Kodanya.

Song sung by the children of Kolina and Oumou Mariko Hanneke (here in the middle of the 2015 workshop) gave me the idea to ask Youssouf for a matching balafon rhythm for the song Kodanya. She herself is unwanted childless, but still a happy person!