For teaching purposes, I have developed a method and Study material to quickly and unambiguously explain which sound bars should be played at which time. For this, I have chosen five symbols to use for the pentatonic (five-tone) balafon. I have deliberately chosen symbols and not notes so that the whole teaching material is basically usable for any balafon tuning. They are the following signs:

The pentatonic series consists of the fundamental note (symbol = /), followed by two notes that are exactly a whole tone distance higher (✱ and Δ). The next tone has a tone and a half distance (O), then another whole tone to the last tone (X). To get back to the keynote another one and a half note distance.  The series is recognizable on any piano; the black keys are an example of a pentatonic series; a group of three notes with a whole note in between, followed by a group of two notes with another whole note in between. If you have a balafon in C#major tuning (as I use in my lessons), the following division means: C# = /, D# = ✱, F = Δ, G# = O and A# = X. But if you have a balafon in A-major, then A = /. In the table you can easily look up which symbols match the different tones of your balafon.

The tuning of the balafon I use for my lessons is in C# major / A# minor pentatonic. By now, there are many balafons in the Netherlands with this specific tuning. If you still want to buy a balafon and use my teaching materials, choosing that tuning is certainly very useful. 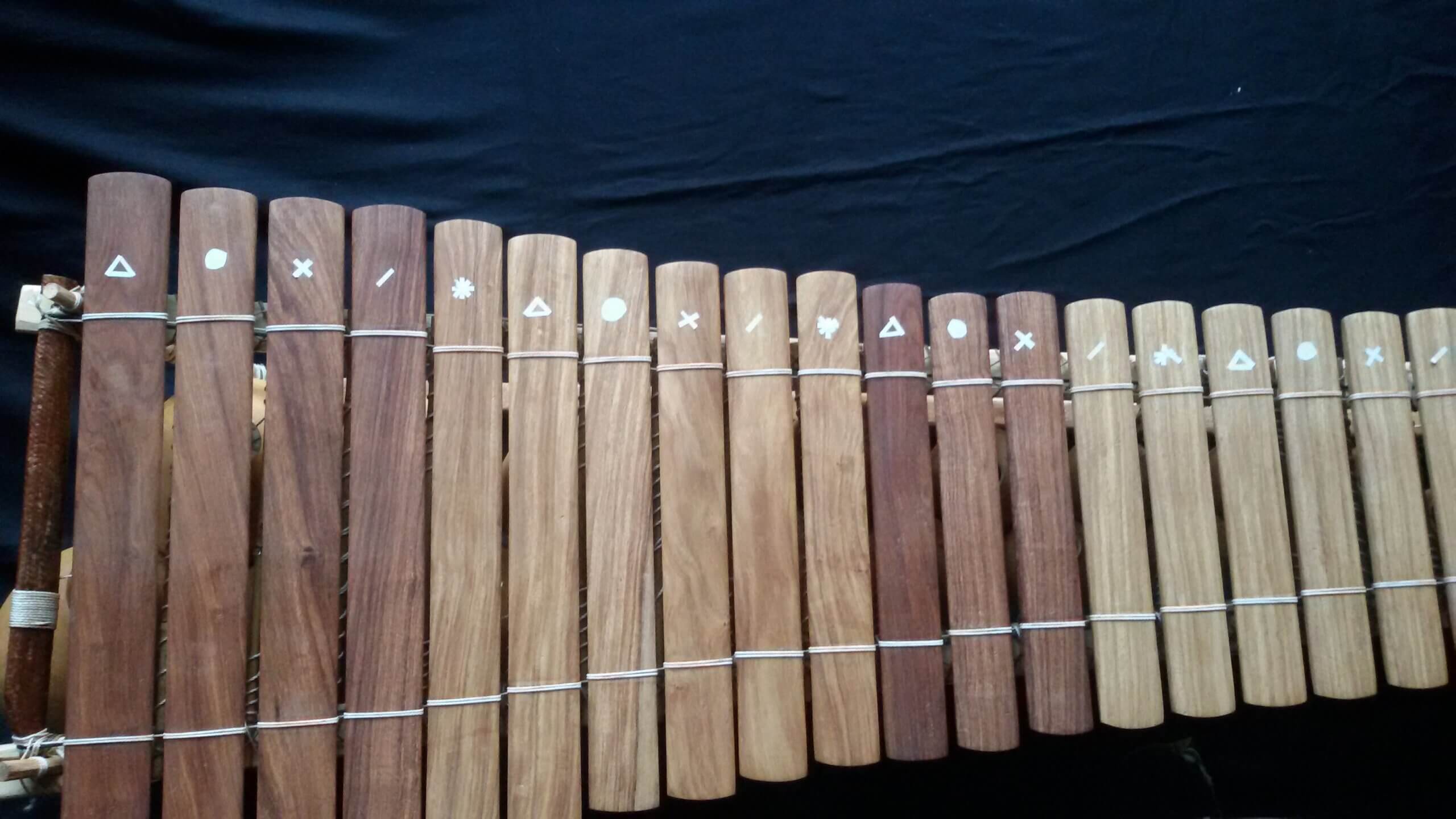 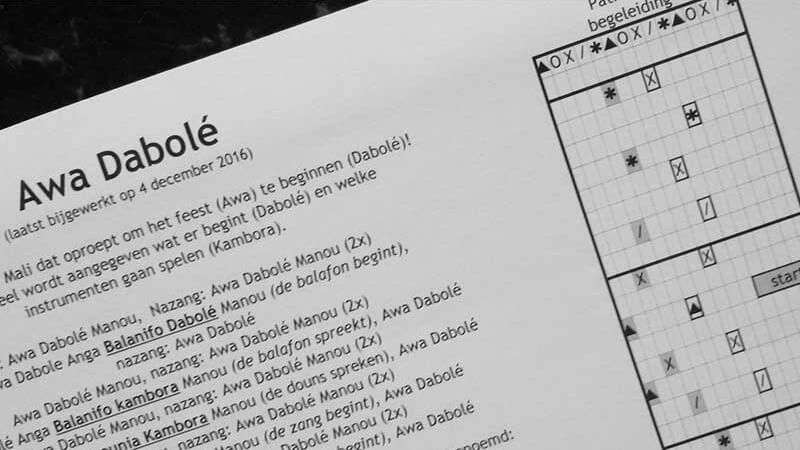 For this page, I have used the teaching material of ‘Awa Dabole’ as an example. Video instructions (in Dutch) of this rhythm are also available.

For each balafon piece of music, I have written out the sheet music according to the symbols I use. Each pattern consists of one or more columns. In the notation, time runs from top to bottom. On each row you see boxes like silk bars of a balafon, indicating which bar should be struck. The shaded boxes are played with the left hand, the outlined boxes with the right hand. At the top of each column are the symbols for that column.

Playing along with a Looper is a very useful learning tool for study material. you can play along with the pattern you are practicing, or just the supported percussion. You can adjust speed, you can play patterns or melody lines or solos. There are nice Looper programmes for on the phone. I personally use the ‘Loopy Looper on my Android phone. For Apple, ‘ASD’ or ‘Looper’ seem to work well. I then play back on a blue-tooth box; you’re playing along with your own orchestra! To use the looper, I created ‘wav’ files that can be found in the ‘Audio-files’ collection file. Download them, unpack them and put them in the right place so your looper can find them.